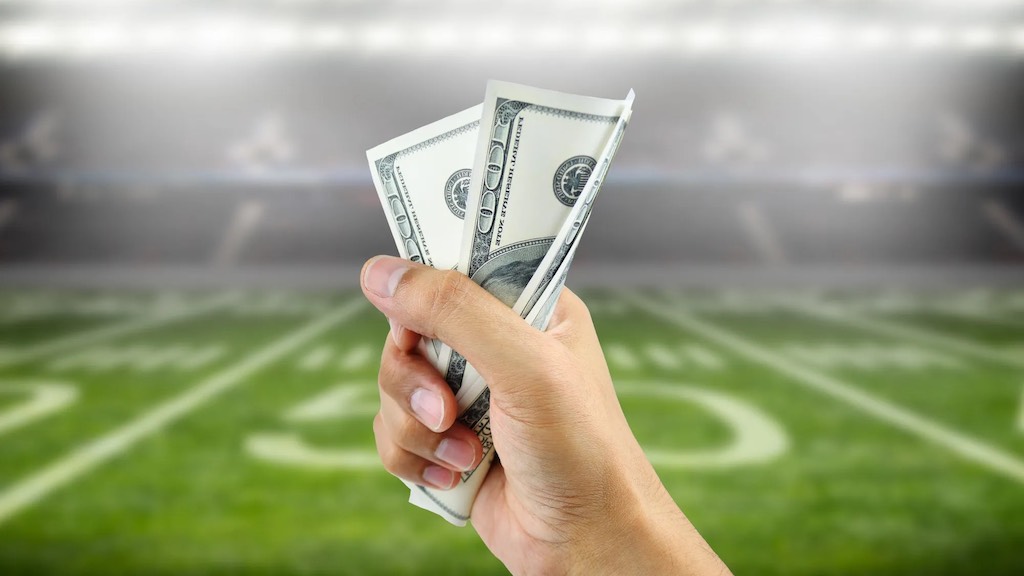 Win betting football this season, find out how.

– Shopping for the best lines and odds is one of the keys to winning more football bets.

– Bettors can follow a number of strategies to help win more football bets.

Betting on football is one of the most popular pastimes for sports bettors. The NFL and college football are the most-watched spectator sports in the U.S. and attract millions of viewers each week.

Every week, bettors have the opportunity to chalk up win after win, but only if they are prepared. If you are looking to win more of your NFL wagers, here are the 5 best tips to win betting football.

The lines and odds for NFL games will be released for the following week on a Monday morning. NFL odds will change throughout the week. In some cases, it pays to bet early. For example, you might see a favorite that you really like – Tampa Bay -5.5. Since the Bucs are playing a weaker opponent – say it’s Jacksonville – you might want to jump on that line before it moves to -6.5 or higher.

It’s always advisable to get the best odds for your situation. Timing is everything when placing a bet. In our example above, it usually pays to bet early when you are betting favorites. That is especially true when you see the spread start to move away from your favor.

There are times when it pays to wait. One of the things that bettors should monitor when betting on the NFL is injuries. What happens when a key player goes down with an injury during the practice week? Things like that have happened. An NFL quarterback goes down with a knee injury in practice and is out for the season. Those types of things will affect odds during a game week.

Another thing to monitor is the weather. The elements can affect game play. Rain, snow, and extreme cold are big factors, but the biggest factor that affects an NFL game is wind. There have been a number of NFL games where wind speeds have completely changed the play of a game.

High winds limit passing games and favor teams with strong running games and defenses. Sportsbooks know this and oddsmakers will shift odds accordingly. That includes game totals. In a situation where winds could have a big effect on a game, it may pay to wait and see how the line moves in relation to weather forecasts.

It’s much easier these days to monitor odds and line changes at different football sportsbooks. Keep an eye on their movement and get in at the right time.

Everything you read about sports betting…every “how-to” type article you read is going to include this tip. Because you see it everywhere, it’s probably pretty important.

Shopping for the best price on anything is something that consumers have done since the beginning of time. Why pay more for something when you can pay less?

Whether it’s a car, a new TV, or a gallon of gas; consumers want the best possible price they can get. It’s no different in the sports betting world. Not all lines and odds are the same.

You can visit Sportsbook A and it will offer Tennessee -4 in an NFL game. Sportsbook B has the same game on its board, but the line is -3.5. That simple half-point could be the difference between a Push and a win. What would you rather have?

It’s the same with odds as well. Maybe Sportsbook A has Tennessee at -130 on the money line. If Sportsbook B had the Titans at -120, wouldn’t you want to pay less? For a $100 bettor, that $10 savings can add up over time.

With today’s technology, it is easier than ever to monitor odds and line changes across various sportsbooks. Go online and find a service that will help you track pricing on NFL and NCAA football games. Betting on football is already hard. Don’t make it harder.

MUST READ > HOW TO BET FIRST HALF LINES

Some will say that trends don’t necessarily help the NFL bettor. It may depend upon the trend itself, but there are a few that are worth noting. One is a team trend. In 2021 for example, the Detroit Lions weren’t very good. They lost their first eight games of the season and went 11 games before getting their first victory.

But, what head coach Dan Campbell’s team learned throughout the course of his first season was how to fight. The Lions kept games close, especially later in the season. Despite going 3-13-1 overall, Detroit went 11-6 ATS in 2021. That’s a team trend worthy of attention.

Bettors can also attack NFL totals by looking at scoring trends. In general, NFL scoring has been up over the past decade. There are a handful of teams that have been scoring a ton of points over the past few seasons. Kansas City is one of them. With Patrick Mahomes at QB, Travis Kelce at TE, and some other talented receivers; the Chiefs are dangerous.

In 2021, the Chiefs had the second-highest Over percentage (12-8, 60%) in the league. What’s surprising to some is that right behind the Chiefs was the New York Jets. The Jets offense has been awful for the last few years, but so has the team’s defense. The Jets finished dead last in the NFL last year allowing 29.6 points per game. That is what led to a 10-7 record to the Over.

Understand trends and how to use them in your NFL betting.

When betting NFL games, it pays to know the key numbers. More games end with a final scoring margin of 3, 4, 6, 7, and 10 points than any other numbers. It makes sense due to the way scoring works in the NFL.

Touchdowns, of course, are worth six points and the extra-point, if successful, adds another. Extra-points were almost automatic until the league moved the PAT back to the 15-yard line. Conversions happened at a 99.2 percent rate before 2015 and now occur at a rate of 93.9 percent. As a result, more games will end with a six-point differential.

Knowing these key numbers can help bettors find value, especially when betting point spreads. You would be much better off betting a favorite at -6.5 or an underdog at +7.5 with a knowledge of key numbers. There is a higher probability for a game to be decided by seven points than six or eight. Knowing that can help in making betting choices.

Discipline is absolutely a must for football bettors. Having the discipline to not chase bad bets will go a long way in preserving your betting career. Losing a bet – and many bets – is going to happen. Ride the storm out and right the ship.

Don’t chase bets and try to make up for a loss – or a series of losses. Stay focused and reap the benefits of NFL betting.