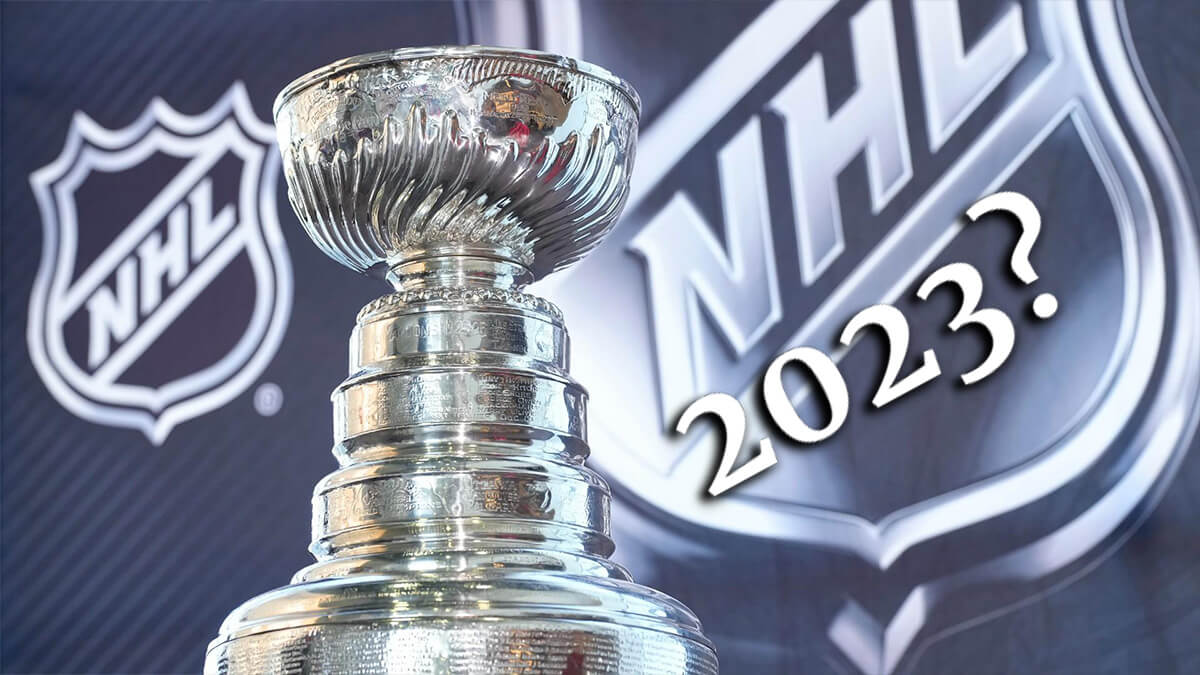 This is how you can find value in Stanley Cup futures.

– There are a few factors bettors should always analyze when betting Stanley Cup futures.

If you enjoy placing championship futures bets on sports, you should really consider the NHL. When looking for profitable ways to invest your money, Stanley Cup futures can be even more attractive than futures bets in other sports.

The simple explanation for this is that hockey is usually more predictable than other sports. It is extremely rare for underdog type NHL teams to come even close to winning a Stanley Cup.

Teams among the league’s elite or teams on the rise over the previous season or two are almost always the NHL champion at the end of the season. Plus, bettors can get great odds early in the Stanley Cup futures market.

When betting Stanley Cup futures, here are the questions hockey handicappers should ask when evaluating teams.

Look at the Favorites First

Every time you wager on championship futures in any sport, you should start with a look at the favorite. The majority of public funds will be spent on the favorites because that is what the betting public does. They bet on favorites.

The result of the public action is that the odds for those teams will typically be lower than they should be. It’s your responsibility as an NHL bettors to decide whether or not they merit that attention.

You would need a very good reason to bet against them if they are strong favorites. If they have no obvious weaknesses and a good chance of being the last team standing, you might be interested in betting on them despite the inflated odds.

MOST RECENT: HOW TO SPORT UNDERVALUED COLLEGE BASKETBALL TEAMS

How capable are the goalies? After looking at the favorites, you should immediately begin looking for teams with quality goalie play.

Without outstanding goaltending, it is practically impossible for an NHL team to claim the Stanley Cup. This does not imply that teams have never won without top-tier goalies. It merely indicates that they have had goalies who got hot at precisely the right time.

Therefore, you must be confident in the goaltending situation before considering placing a Stanley Cup futures bet on a team. Teams that contend for championships have a clear goaltending situation. Their go-to goaltender is trustworthy and has the potential to excel at just the right time.

For teams that may not have a clear goaltending situation or have a guy who doesn’t have the potential to shine, you will have to dig deeper before placing a Stanley Cup futures bet on them. Goalie play should be part of any creative betting strategies on the NHL.

Just because a team doesn’t have a top-notch goalie are they immediately discarded as championship contenders. Teams may make adjustments throughout the course of a season. At the time of your initial evaluation though, the team without quality goaltending is probably too risky to consider.

In the NHL, injuries are unavoidable. The 82-game regular season is long and brutal. Players face injury every time they step on the ice.

Teams will lose players for extended stretches of time. When the player is a star, the effects of the loss can be great. A team must be confident that they can handle the loss of a star player. That is where team depth comes into play.

A team without depth is dependent on staying healthy. That makes them more prone to risk in a full-season wager. Always examine teams and their third and fourth lines. Are they capable of keeping the team in games and do they give them a chance to win?

A team’s division and conference will play a role in how good a team becomes throughout the course of a season. NHL teams play the other teams in their division more than anyone else in the NHL.

It’s also worth considering the conference a team is in. It’s quite possible that one conference has the top two or three teams in the NHL. Only one of those teams will win the conference championship. Keep that in mind as you place your Stanley Cup futures wagers.

Successful teams must be proficient both on the power play and on the penalty kill. The majority of NHL championship teams will be the best in at least one of those categories.

Therefore, it would be wise for you to consider how teams will perform in those two crucial special teams categories. If the team roster has not changed all that much, you can look at how the team performed the previous season.

If the roster has changed, it’s with noting if the changes will affect either the power play or penalty killing units. Again, depth is a concern too. Teams will frequently have one very good power play or penalty killing unit. They obviously can’t play during every penalty, so a look at the personnel on a second unit is needed before placing a bet.

If you need help in finding information like this or with NHL betting in general, you can always win more bets with free sports picks.

If you are going to bet Stanley Cup futures, you should come up with your own ranking system. You’re not necessarily attempting to pick which team will win it all. You are simply ranking teams based on their chance of winning the title.

You are searching for teams that have a higher chance of winning than their odds would indicate. Once you have your teams ranked, you can then assign some basic odds representing what you think teams’ chances are.

Once you do that, you can see if there is any value on betting Stanley Cup futures.