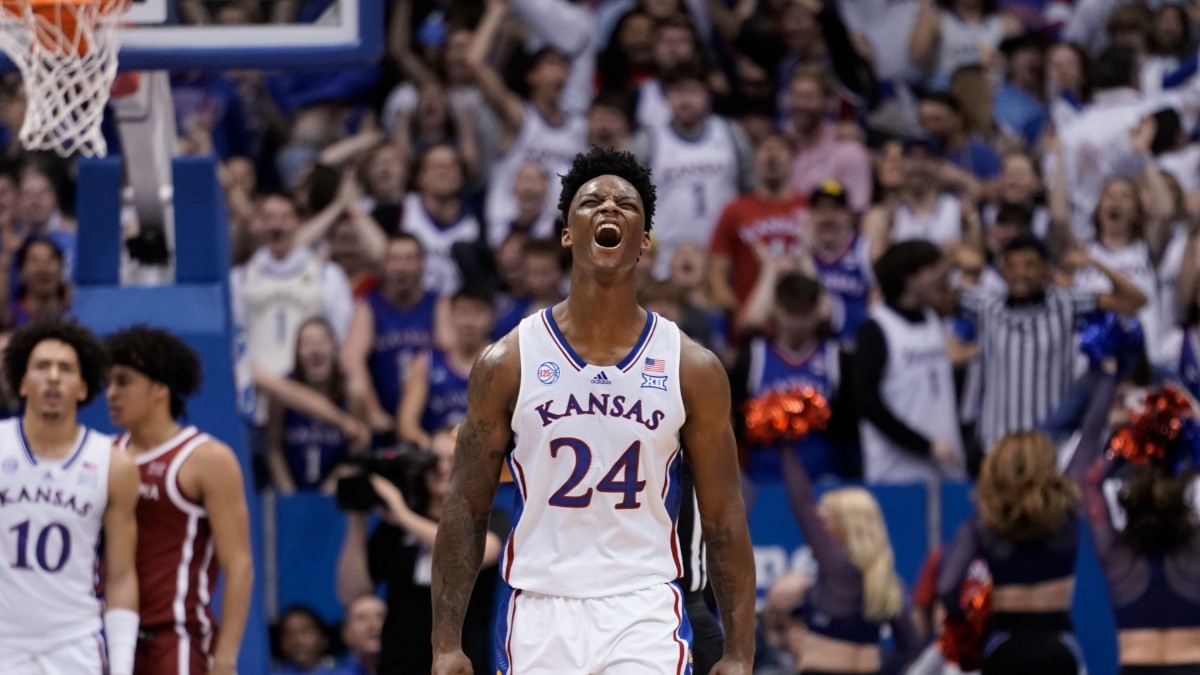 Bettors should be picking CBB winners in conference games.

– Never overestimate the non-conference portion of a team’s schedule during conference play.

The first week of January is typically when conference play starts in college basketball. It’s the best time of year to bet on the sport. The reason why is that the non-conference schedule for most teams serves as practice for the meat of the season – conference games.

There are some exceptions to the rule, but in general teams schedule easy opponents. Most of the games have ridiculous point spreads that are extremely difficult to cover. The average bettor has a hard time picking CBB winners prior to January.

That all changes when the calendar flips to a new year. In conference play, teams are usually more evenly matched. Smart bettors will find plenty of value in picking CBB winners in conference games. Here’s what you should concentrate on to become a more knowledgeable college basketball handicapper.

MUST READ: HOW TO USE RISK-FREE BETS

The first thing to keep in mind is that non-conference records are essentially meaningless. The teams themselves create the non-conference college basketball schedules. Athletic directors pack their schedule with a lot of cupcakes to strengthen their tournament resume later in the year.

When it comes to tournament time, teams that have 23 and 26 wins are preferable to those that might only have 18 or 19. Now, there are a few teams from the major conferences that go unbeaten in non-conference play but perform poorly in conference play. That can keep them from getting an at-large bid to the NCAA tournament, but it can help the smart college basketball bettor in picking CBB winners in conference play.

If you overvalue the non-conference schedule when placing CBB bets, you won’t perform as well when conference play starts.

One of the things a CBB handicapper should look at all of the opponents that a team played in the non-conference schedule. Often, mid-major type schools will schedule Top 25 teams in the early season.

If a team plays perennial powers like Duke, Kentucky, and Gonzaga in the non-conference season and plays well, that is something that should be considered when the team returns to its conference.

For example, consider a mid-major team like Dayton, which plays in the Atlantic-10 Conference. Let’s say the Flyers play 13 non-conference games and go 8-5 in the process. Dayton is a 9-point favorite over Davidson in conference play.

The average bettor looks at Dayton and sees a 12-6 record and doesn’t see the value in the Flyers beating a conference opponent by double digits. However, all five Flyers losses were to major programs, including two that were ranked in the AP Top 25. Dayton is 4-1 in conference play with a one-point loss to VCU, the team it is tied with for first place.

If you want to get good at picking CBB winners, you have to look at who they played early in the season. That will tell you how good a team is and how it stacks up against other teams in its conference.

One of the easiest things bettors can do is to take a look at a team’s RPI ranking. These rankings take into account a team’s strength of schedule. This can help you spot undervalued college basketball teams. You’ll be a much better handicapper by studying these numbers.

If you aren’t already, you should narrow your college basketball betting to a certain conference, maybe two. There are just too many teams out there to become an expert on all of them.

You have to be able to analyze the quality of each conference. Which teams are the best? Which teams struggle? If you really want to gain an edge, you should focus on a lesser-known or mid-major conference. Everyone knows how strong the ACC, Big Ten, etc. are. Don’t forget about the Missouri Valley and Atlantic-10, for example.

You will improve as a sports bettor during conference play if you can become familiar with a few mid-major conferences.

Be Aware of Non-Conference Heroes

Teams schedule some sure wins in November and December. You might have a Big Ten like Indiana, for example. The Hoosiers go 11-2 prior to starting conference play. After four conference games, they are 11-6.

Against the tougher competition in the conference, the young Hoosiers are simply no match for the more veteran teams in the conference. While picking CBB winners, make sure you identify any teams that were great early in the season but struggle as they play their first few conference games.

Finally, pay attention to which games are broadcast on TV. The number of college basketball games that are televised nationally (and regionally) nearly every night increases as the conference schedule picks up. Football season comes to an end and more sports fans start watching college basketball.

Smart bettors will keep an eye on the young teams that have little to no experience competing on that national stage. Look out for teams that may be anticipating a weekend matchup with its biggest conference rival. Often, those games will be part of a national broadcast.

There is also the case of a team coming off of a heartbreaking loss on national TV. They may not recover in time for their next game. You owe it to yourself to pay attention to the games that are on TV and learn as much as you can about the teams. That will help you be more successful in picking CBB winners during the conference portion of the schedule.