Two Numbers Can Help You Become a Winning CFB Bettor 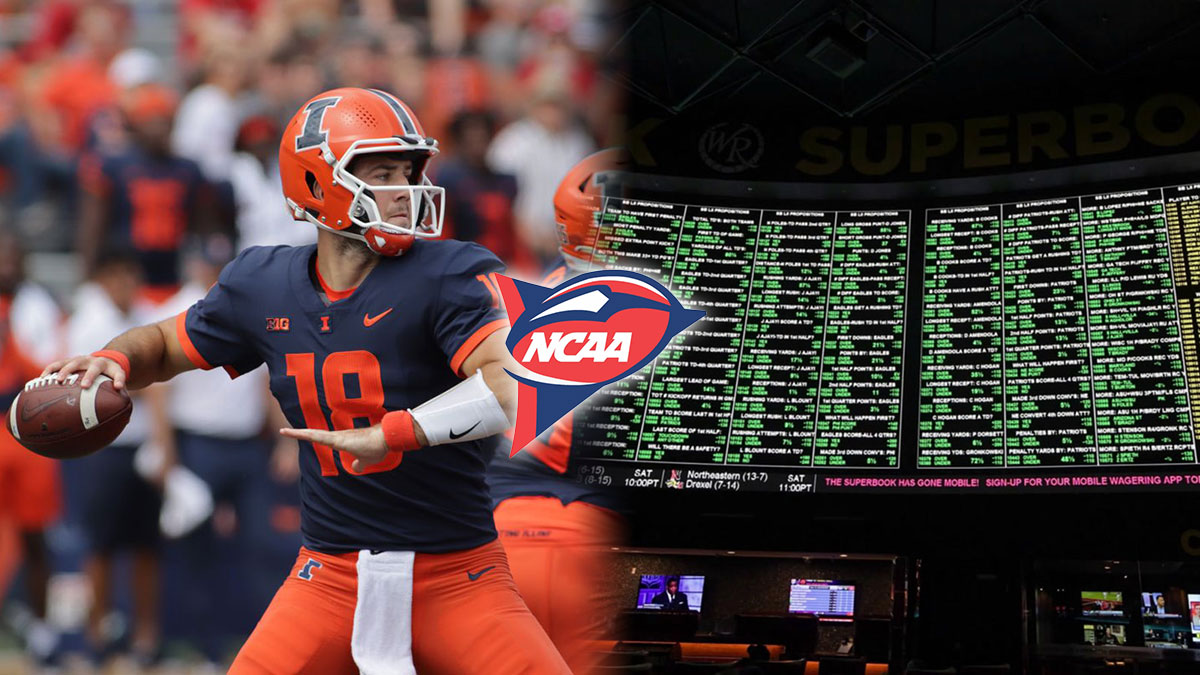 These two numbers can help you become a winning CFB bettor.

– A winning CFB strategy can be tied directly to head coaches.

Two Numbers Can Help You Become a Winning CFB Bettor

Today, there are billions of statistics available for gamblers to analyze. The amount of statistical data accessible means that no matter how much you read up on Total QBR, Expected Points Added, and Sack Yardage Lost, all you will have learned will be a drop in the bucket.

Sports bettors in the modern day are not only addicted to numbers, but also to numerical creativity. People are constantly looking for the secret number that would give them an advantage over the house.

Remember, the house – the sportsbook – has a direct financial stake in keeping its business alive. They have access to the same information that bettors do. But, is there a number or two out there that can help someone become a winning CFB bettor?

What if there were two simple numbers that could increase your success against the house to help you win betting football? Well, there are and it can help cut down on the amount of time one spends doing research.

Follow these numbers to become a winning CFB bettor.

Trends Against the Spread (ATS)

It can’t really be that simple, can it? Numbers against the spread are easy to find for any sports bettor. More serious bettors can probably recite many CFB teams’ ATS numbers off the top of their heads.

If you can comprehend historical as well as recent ATS performance trends, you can use that data to help make you a winning CFB bettor. Take, for example, the curious case of Alabama head coach Nick Saban.

There is no question that the Crimson Tide are the best college football program of the last decade-plus. Under Saban, Alabama is 183-25 SU. What’s even more impressive is that Saban’s Tide is 117-93-2 ATS. That’s a 55.7 percent winning percentage for those keeping score.

The real interesting thing is that Saban’s teams typically face double-digit spreads week in and week out. In the era of the College Football Playoff, it’s not uncommon for Alabama to be favored by three or four touchdowns even in SEC games.

MUST READ >>> CONTRARIAN SPORTS BETTING – WHY IT MAKES SENSE

Saban isn’t the only coach to keep on your radar if you want to be a winning CFB bettor. One of Saban’s disciples is Texas A&M head coach Jimbo Fisher. In four-plus seasons with the Aggies, Fisher is now 31-22 ATS (58.5%). One of those wins was an upset of Alabama in the 2021 season.

One of the all-time great college football coaches was Kansas State’s Bill Snyder. In 27 seasons – two separate stints – at the helm of the Wildcats program, Snyder won 215 games. Snyder’s ATS record is the stuff of legends. His team’s covered the spread over 65 percent of the time.

What’s amazing is that Snyder did that at a program that has the eighth most losses all-time in college football history. What’s even more impressive is that current Kansas State head coach Chris Klieman has continued Snyder’s record. Klieman took over the Wildcats in 2019 and he is 26-17-1 ATS for a winning percentage of 65 percent. Only two schools have done better in that time frame. Oklahoma State is 28-13-1 ATS and Minnesota is 23-12-3 ATS since 2019.

What is it about these teams that allow them to cover so often? Mike Gundy at Oklahoma State and P.J. Fleck at Minnesota are two more coaches like Snyder, Saban, and Fisher who all adhere to very simple strategies to win games – play great defense and run the football.

If you are looking to become a winning CFB bettor, look beyond the conventional and look at coaches with similar philosophies.

You can also try to win more bets with free sports picks!

Can it really be that simple to just look at the latest AP Top 25 poll and place your college football bets? No, but if you take a specific portion of the top 25 rankings, you will find a strategy worth trying.

Consider that the AP Top 25 poll is generated by the media. Sure, there’s a few algorithms in there somewhere but, for the most part, a bunch of talking heads come up with their version of who the best teams in the nation are.

The general public is often swayed by the media and while the talking heads might bet the first eight to ten teams right, the rest…not so much.

Think about it. In a given college football season, most fans can identify the best teams in the country. Maybe they can get to ten teams. It’s the same for the pollsters. They can identify the top 10 pretty easily, but after that things get sketchy. That is where bettors can find value.

After the top 10, the media often prefers bigger market schools in its rankings. It will rank a Notre Dame team higher than a team from a lesser conference even though that team may indeed be better.

It turns out that wagering against teams in positions 15 through 25 is where the money is. One week early in the 2022 college football season, seven of the 11 teams ranked No. 15 through No. 25 lost. Three of them did lose to other ranked teams, but four got beat by unranked opponents.

The other thing to consider is that you will most often be betting on underdogs. In that week during the 2022 season for example, underdog Georgia Tech upset Pittsburgh 26-21. Simply following this strategy, a bettor could have placed a $100 bet on the Yellow Jackets. He would have won $1100!

Are there more ways to become a winning CFB bettor? For sure, but these two numbers – ATS and Top 25 ranking – can help any bettor win more often.